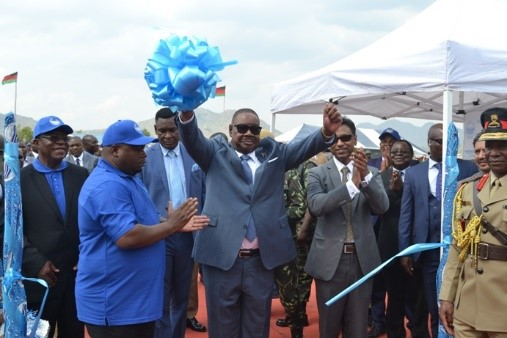 President Professor Arthur Peter Mutharika on Friday 6th November, 2019 commissioned a K17 billion Mulanje to Blantyre water project which will supply clean and safe water to three districts of Blantyre, Chiradzulu and Thyolo, which he said was part of fulfilling DPP manifesto promises.
Addressing a rally in Chiradzulu after commissioning the project, the State President assured Malawians that his government will deliver what it promised. “We want to deliver what we promised” he said. The president further said the project will help end water shortages in the commercial capital Blantyre and surrounding districts.
"We want people to have safe water. Water is life,’ said the President, urging Malawians to help develop the country. “This is the only country we have," Mutharika added.
The President said his administration plans to expand the water network throughout the country, reaching out to 18 locations in the South, Mangochi, Salima in the Centre, Nkhata Bay and Karonga in the North.

The project, which taps water from Mulanje Mountain at Likhubula river, kicked off in December, 2017 and will supply 20 million cubic liters of water per day which will benefit 300, 000 people.

Blantyre Water Board also engaged with other stakeholders including communities and schools around Mulanje Mountain, who planted trees to protect the water catchment area around Chambe Basin. The Board also donated water pipes, exercise books and desks to schools around the project as part of its social responsibility. 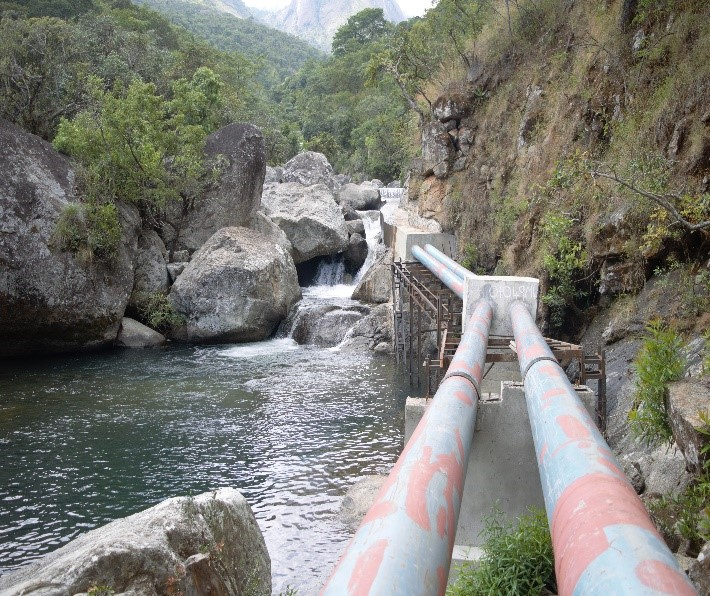 The project initially faced strong resistance from concerned residents of Likhubula in Mulanje who feared that the project will completely drain water from their source Likhubula River, which in recent years has not been perennial as it was before. The Board engaged the concerned citizens and the two sides are now working together in rehabilitation of the catchment to sustain the water source.

This new project will ensure that water is available for at least 23 hours in a day for all people supplied from the Board. In addition, the project will assist Blantyre Water Board in reducing the cost of electricity as water will gravitate for a distance of about 44 km without being pumped. The cost of treatment of this water from Likhubula River will also be lower as the water quality of the River is generally good requiring minimal treatment.

Until recently, Blantyre Water Board was extracting its water from Shire River at Walker's Ferry and used a lot of power to pump water uphill (over 800m) to Blantyre City.

Water is Life, Conserve It!
Blantyre Water Board© 2021. All rights reserved